One of our most popular collections!

A collection of jewelry made with tumbled recycled glass that resembles sea glass. Each piece is hand wrapped in a silver plated wire made with a metal alloy called Alpaca. The sea glass is available in several colors. 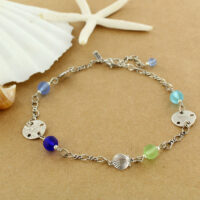 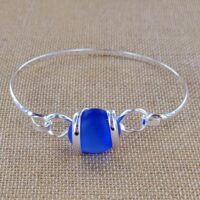 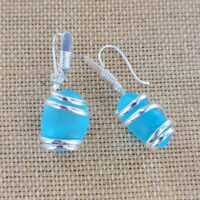 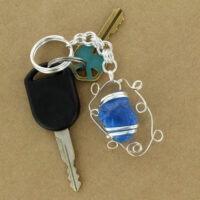 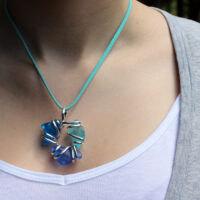 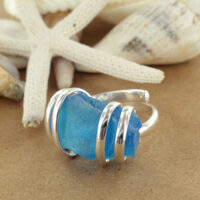 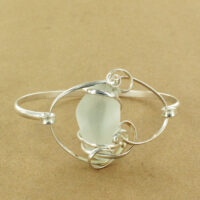 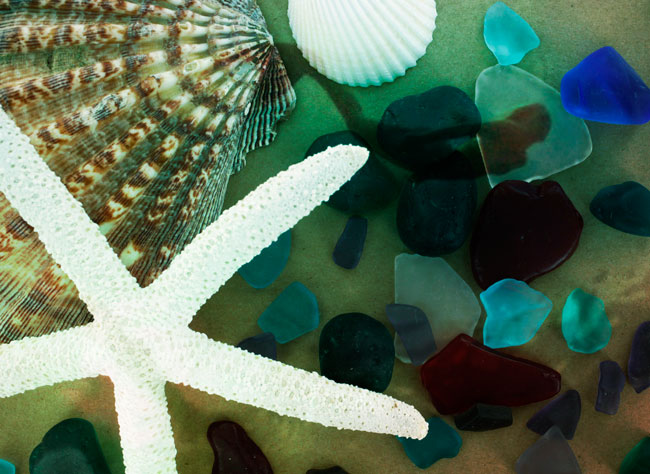 When graceful, tall-masted sailing ships ruled the oceans of the world, sailors exchanged stories in port, whispering of beautiful and exotic sea creatures. Word spread of these graceful maidens who swam with ships and held the power of the waves and the luck of the sailors in their hands. The maidens could change the mighty course of nature, but were forbidden to do so by Neptune, the stern, watchful god of the sea.

One dark, storm-ravaged night, with sails ripping and masts cracking, a schooner fought to find safety in Friendly Cove off Nootka Island in the San Juans. The ship was familiar to the mermaid who swam along its side. She had weathered many crossings with the ship and its captain. As the ship heeled in the violent wind, the captain lost his hold on the wheel, tumbling perilously close to the raging sea. In an instant, the mermaid calmed the wind and tamed the waves, changing the course of nature and saving the life of a man she had grown to love from afar.

For her impetuous act, Neptune banished the sobbing mermaid to the oceans depths, condemning her for eternity never to surface or swim with the ships again. To this day, her gleaming tears wash up on the beaches as beach glass–crystalline treasures in magic sea colors, an eternal reminder of true love.

Search Products
Join our email list to stay up to date on all things Sadie Green’s.
We’re Social!